the many shall suffer for the sins of the one.

COMING TO XBOX ONE AND PC in winter 2020

ON PC? ADD TO YOUR STEAM WISHLIST!

A TIME TRAVEL MURDER MYSTERY IN A MYTHOLOGICAL CITY 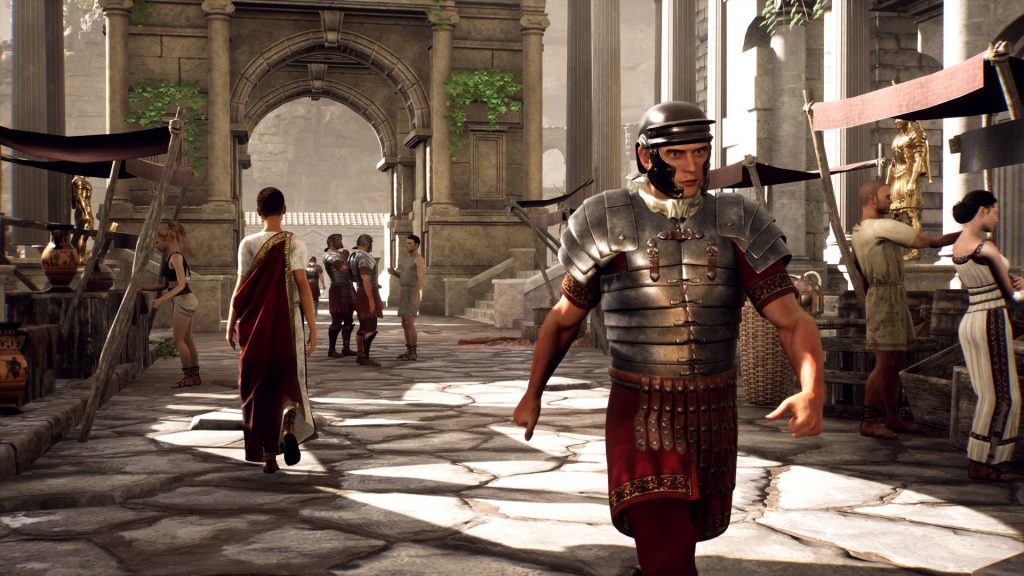 The Forgotten City is a mature narrative-driven game, and a re-imagining of the critically acclaimed mod that won a national Writers’ Guild award and racked up over 2.5 million downloads.

Trapped in a secret underground city during the Roman Empire, twenty-six lost souls cling to life. In this precarious utopia, if one person breaks the mysterious Golden Rule, everyone dies. As a time-traveller drawn two thousand years into the past, you’ll relive their final moments in an endless loop, exploring and interrogating, and changing the course of the day with each secret you uncover. Only by cleverly exploiting the time loop and making difficult moral choices can you hope to solve this epic mystery. Here, your decisions matter. The fate of the city is in your hands.

The Forgotten City retains all the elements you know and love while leveling up every aspect and adding plenty of surprises. Walk the streets of a brand new city. Get to know re-imagined characters. Sink into original lore with fresh twists and endings. Solve challenging new puzzles, and enjoy an all-new orchestral score and professional voice acting. The Forgotten City is the story we always wanted to tell, for you to enjoy all over again. And again.

ADD TO YOUR STEAM WISHLIST

Produced with the assistance of Film Victoria.